A freeroll tournament is a free-to-play poker tournament with cash prizes. The freeroll bank is funded by the poker room or third party sponsors. A freeroll cannot be called a bonus in the truest sense of the word, but it can replenish the player’s bank without cost and risk. Freeroll can be conditionally divided into tournaments with and without restrictions (sometimes it is called a freeroll without a deposit). Playing in the freeroll, the player does not spend his money.

In restricted tournaments, it is usually necessary to fulfill a certain poker club condition before being able to participate in such a freeroll. For example, make a deposit or pay for participation with poker points. Private freerolls are usually password protected. Usually such closed freerolls are organized for private forums or any other resources by agreement with the poker room.

Freerolls can be conditionally divided into free and shareware.

Freerolls or freerolls (no deposit freeroll) is a freeroll that any player can take part in. In order to play in such freerolls, it is enough just to register.

Affiliate freerolls are freerolls created specifically for the players of a partner (affiliate) poker room, this freeroll will be visible in the poker client only to players referred by a certain partner.

Satellite freerolls are usually free freerolls that do not require any contributions, but also do not provide any cash prizes at the initial stage, players who win prizes in these tournaments receive a voucher ticket (voucher) for a larger tournament where they have to fight for cash prizes.

Poker Point Freerolls are tournaments with cash prizes that require Poker Points to enter. Poker Points are earned while playing for real money.

Freerolls with gift prizes are tournaments where, instead of money, real prizes (desktop computers, laptops, TVs) or gift certificates are played, with which you can purchase goods in the store.

Freerolls for a certain group of players – for example, for residents of a certain country, are often practiced at Pokerstars.

Welcome freeroll – freerolls for newcomers who have recently registered in the poker room.

In fact, every day there are more and more types of freerolls, as often you can find freerolls with “mixed rules”.

Freerolls are very popular and have a number of advantages (especially for a beginner) over shareware tournaments, as they do not require any commitment or investment of real money. Freerolls teach patience, one of the most important qualities in poker.

A small prize pool, which usually does not exceed a few hundred dollars.
Long game time – often, in order to take a prize, you have to play for several hours.
The weak level of players who are not serious about the game, or do not even know the rules of poker to the end.
In the pro community, playing freerolls is considered bad manners. It is believed that such tournaments are meaningless in terms of teaching the right game, since opponents often behave inappropriately, excessively relaxed, which contributes to the disorientation of the game strategy. For casual visitors who just want to “kill time”, this is often true. As a rule, most of the participants in such tournaments are beginners who have not fully understood the rules of the game, who often make rash and illogical moves. Bluffing with such opponents makes almost no sense. The level of play in freerolls is often very low, the game at real money tables is completely different from what you can see during freerolls. 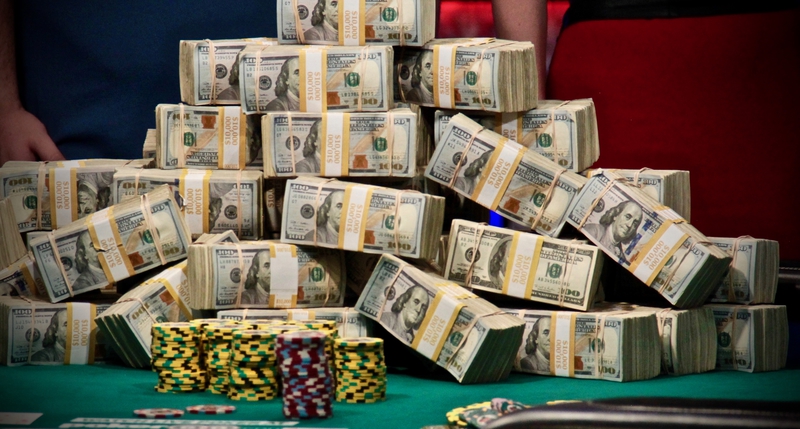 Freerolls and their potential

Freerolls should not be considered as a way to earn money, as the prize pools are usually divided among several hundred players, also many poker rooms have a rule that says that each player is obliged to wager 10-15 times the amount he won in the freeroll before withdrawing the money. Freerolls are first of all a great start for a beginner and a way to earn your first capital, which will later help build the foundation for serious victories. Many poker pros started their careers in freerolls. [source not specified 642 days] There are even some famous players, poker champions, who made their fortune without investing a single cent in poker, earning their initial capital by winning freerolls. The availability and potential of these tournaments makes them the most popular among beginners.