Freerolls are tournaments with free entry. Events of this kind have their positive and negative aspects. The advantage is the opportunity to get free experience of playing multi-table tournaments. The disadvantages include the heterogeneity of the public. Free entry makes the game accessible to absolutely everyone, which sometimes leads to too risky, aggressive competitions.

Get a free poker course. Charts of starting hands and cool software as a gift for each student.

In the classroom, the trainer will create an individual development plan for you.

Many experts believe that freerolls are the best way to learn poker from the very beginning. Starting here, players have the opportunity to grow in the limits in the future.

Poker freerolls are interesting for gamblers who pursue the following goals:

Rarely people who have at least the slightest experience in poker play freerolls. At the first stage of this competition, real confusion is very often created. In such a situation, it is almost impossible to determine which of the opponents has really strong cards in their hands.

When playing poker freerolls, it is worth pursuing an aggressive poker strategy. It’s best to only bet with a strong hand by raising the bet. Having collected a good hand in poker, the gambler should make large deposits in order to knock opponents out of the pot in order to prevent them from getting stronger cards. If during the deal a player has a set, and then a dubious card comes, you should play with extreme caution. When participating in such tournaments, it would be wise to refrain from bluffing in poker and trying to catch your outs in poker for large sums.

Why do players choose freerolls?

The popularity of this type of card competition is easily explained. Participation in Freeroll tournaments has many positive aspects:

Many beginners are interested in the question, how to play freerolls?

This type of card competition takes place in several stages. We recommend considering each of them separately.

With pocket aces, kings and queens, regardless of their position, the player should go all-in. Occupying an average place at the table, a participant can add two jacks, an ace and a king to his range of poker hands. When in late position, a gambler has the opportunity to raise or limp in poker, even if he is dealt weak cards. If at the time of the post-flop, the participant has a set in poker, or even a more successful combination, it makes sense for him to go All-in. Having a pair or a draw combination in your hands, you need to make decisions depending on the situation. For example, when there is a straight or flush draw on the table, and up to four players take part in the game, then it is worth going all-in.

Playing poker freerolls at this stage, you can relax a little and continue to use the same tactics as before. This advice is suitable for gamblers who have a stack that does not exceed 25 mandatory contributions. If the sum of all chips exceeds the big blinds, it is worth opening the auction and go for a raise. With a short stack in hand, a player should go all-in pre-flop if they are dealt the appropriate cards. 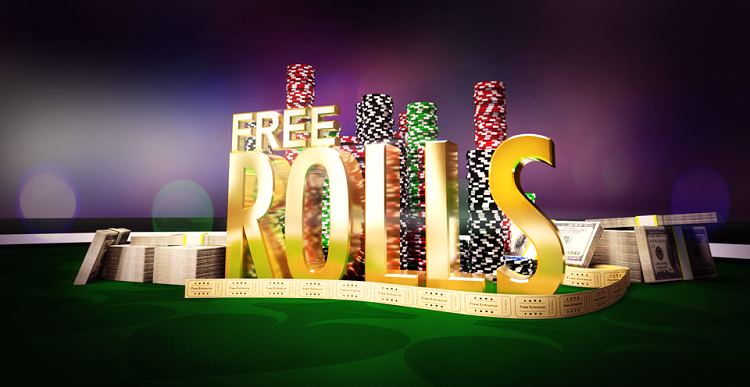 How to play freerolls at a late stage?

The main task of the gambler is to get to the final table, while having the most profitable stack. In principle, this part of the competition will not differ much in terms of strategy from the rest, with the exception of a few points. Raising the bet against opponents with a short stack is worth it only if there is a good card, because they can go all-in with any more or less successful combination. Sitting at a table with aggressive opponents, you need to fold your cards in time.

A gambler should not enter the competition by calling. Best of all, having correctly assessed the situation, either abandon the party, or go for a promotion. Going all-in on 3-bets is only worth it if you have pocket aces, kings, queens, or ace-king. Once at the final table, you should play more aggressively such cards as a pair, ace-king, ace-queen, king-queen. Combinations of such a plan allow a participant in a gambling competition to put themselves in All-in for 3 bets of opponents.

The strategy for freerolls is quite simple and clear, any beginner can master it. The main thing is to carefully read the proposed information, and then it’s up to practice.

Freeroll tournaments are quite often held in new poker rooms. Such competitions involve the presence of an average prize fund, which can be equal to several hundred dollars. Newly emerged resources are trying to create the most favorable conditions for players, since their goal is to attract as many users as possible.

Established poker rooms organize poker freerolls not so responsibly. Such games are held here much less often, while the winning fund is not so high. To participate in card competitions of this kind in large companies, a fairly large number of people are usually recruited. In one tournament, several thousand players can fight for the championship at once. Since the chances of winning in poker are rather slim, it is worth entering these competitions for the sake of experience. If a player is interested in freerolls as a source of income, you need to find poker rooms where fewer players compete for the prize pool.

In large companies, the duration of the competition can reach 6 hours, while in beginner rooms these games are much faster. Freerolls should not be viewed as a serious tournament, but as a preparatory stage that is worth going through before entering the fight with experienced players.